Ganesh statues bring blessings, love & happiness in to the home 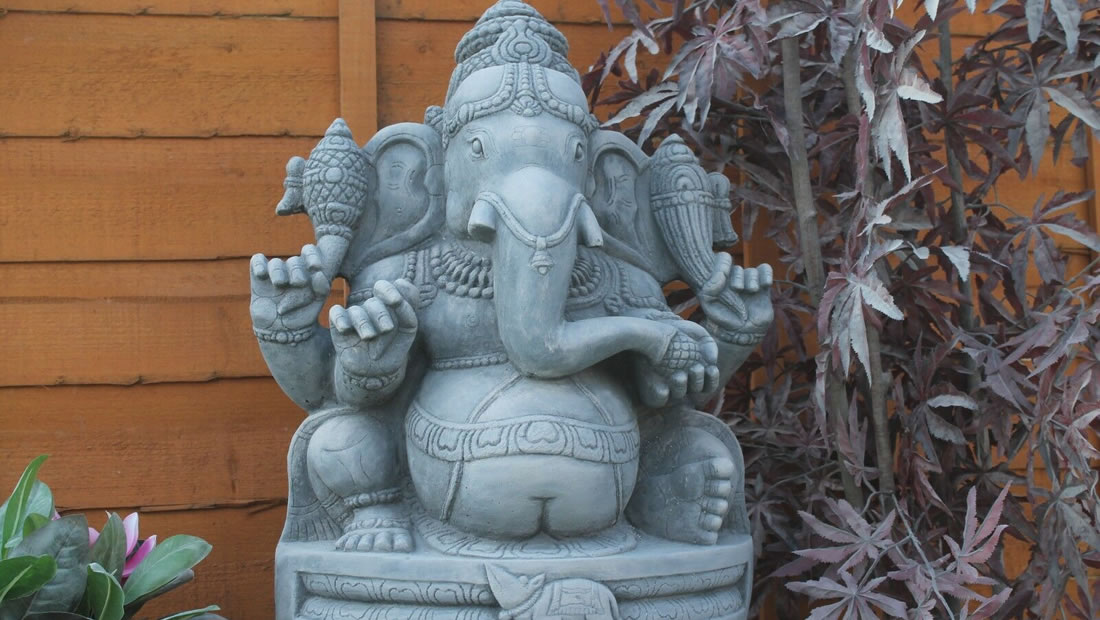 Lord Ganesha, the elephant faced God, represents the power of the Supreme that removes all hindrances and ensures success in human undertakings.
Ganesha (also known as Ganesa or Ganapati) is one of the most important gods in Hindu mythology and he is also worshipped in Jainism and Buddhism.

For the Ganapatya Hindu sect, Ganesha is the most important deity. Ganesha is highly recognisable with his elephant head and human body, representing the soul (atman) and the physical (maya) respectively. He is also the patron of writers, travellers, students, commerce, and new projects (for which he removes obstacles from one’s path) and is rather fond of sweets, to the slight detriment of his figure.